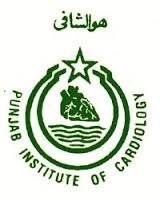 Applicants / Candidates should have the ICS for computer Operator.

How to apply for Computer Operator Jobs?