Moreover, the Jobs / Posts of Solider Clerk, Khakroob are also vacant in FC.

Candidates of KPK can apply. The List of vacant positions can be examined from the following image at the end. Details are as under.

Interested Candidates can submit applications on the prescribed application form including attested photocopies of all relevant documents for the posts mentioned above. Contact good-natured males with good manners۔ Latest FC Jobs 2022. Applications received after the due date will not be entertained.

Applicants / Candidates should be Matric / Middle, Intermediate, etc, and have skills as per the requirements mentioned in the advertisement image below. 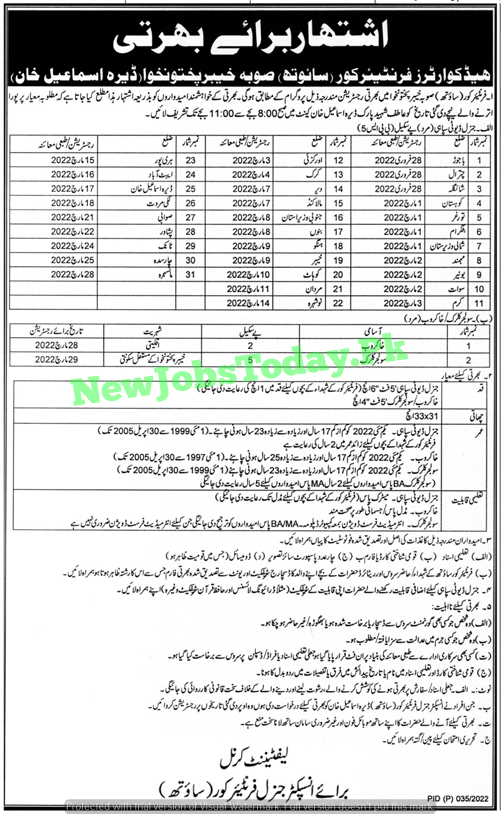 How to Apply for FC Jobs?